CSR - Is it just about painting your local youth centre?

Initially conceived largely as a marketing tool, it became a way for brands to show how nice they were, and ranged from Charitable donations to staff donating their and the companies time to local projects or causes. The "donations" generated publicity for the companies both in terms of customer and employer brand.

The thing is, the impact on Employer Brand ( how attractive your organisation is to join), is now massively diminished because not only has everyone else caught up, the younger generations genuinely care more about topics and judge potential employers on their actions more than ever before.

I have spent the last few months interviewing young people, entrepreneurs and business leaders about their view on CSR both as an Employer and as a potential employee. Several things became clear about this, but the most interesting thing was what I call the care curve. 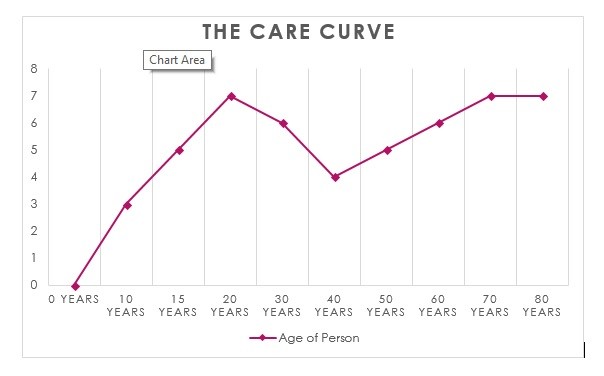 When we are born and go through childhood, at some point we become cognisant of "causes" be they political, environmental, societal etc, and as we enter our teenage years these often become more important and seem to peak in most people in their mid 20's. As we progress towards middle age we seem to care slightly less about these "causes" probably because that coincides with when most people start settling and having families and priorities become more practical. It certainly reaches a rock bottom point in peoples 40's ( note this is an average generalisation, clearly a minority of people believe so passionately about a cause they make it their entire life). Then at some point in peoples 40's, maybe they feel secure and stable, they start caring more again and start making lifestyle and career decisions not only on financial or practical aspects but but also on company ethics and values - just as passionately as they did when they left school, college or university.

This is very important for employers when considering their employer brand in today's worlds. Whether you are looking to attract fresh graduates or experienced executives, both these groups will look to your CSR agenda and assess it on several points.

a) Is it genuine - if you are giving away less than than .1% of your profits in effort or money then no one is going to believe you have any serious commitment to positively changing the environment you operate in.

b) Is it relevant - if you are a bottled water company gives back by digging wells in Africa that is relevant. If you are a local estate agent donating to the local football or rugby team, that's not relevant. In fact that is not even CSR, that's marketing

c) Is it effective - CSR is only valuable if it makes a difference, and it will only positively impact and #fuelyouremployerbrand if the results are demonstrable to your potential employee.

I often get asked what a good level of "contribution" makes CSR and the answer is I don't know. JCM gives away 30 % of its efforts to not for profits, other firms give away less than 1%. The answer is its up to you. CSR should be core to your values, and if your values are strong then your CSR should reflect. Like most things in life it will only happen if you commit to it and put some effort it. As Terrys say about their chocolate oranges "whack it don't tap it"